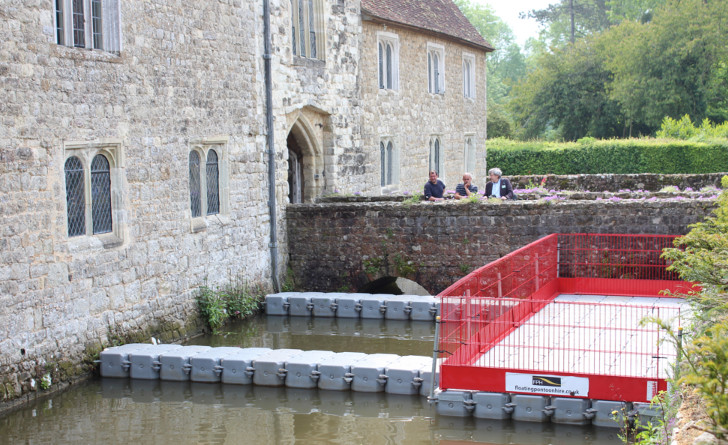 Ightam Mote, is a medieval moated manor house situated near Sevenoaks in Kent which is owned and operated by The National Trust. Originally built nearly 700 years ago it has been described as ‘One of the most beautiful and interesting of English country houses’.

What relevance this has to our pontoons comes in the form of the moat surrounding the property. Any 700 year old building is going to require constant care and attention add a moat into the mix and things are only going to be amplified

The external walls of the moat were beginning to show signs of degradation and the team brought in to undertake the works needed a safe method of access in order to allow them to carry out the repairs.

Floating Pontoon Hire installed a 10 metre x 3 metre work platform alongside the external wall of the moat along with our Combisafe edge protection system to ensure a safe work area. 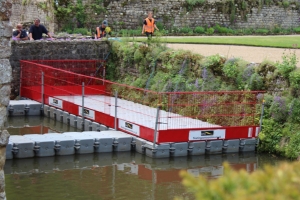 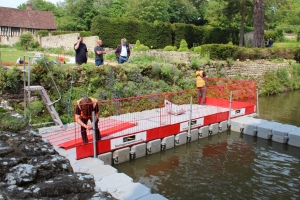 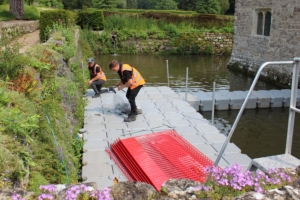 Get in touch with us at Floating Pontoon Hire if you have any questions or think we could help you with a future project.

The Right Crew for the Job →
← Nessie – the myth becomes reality!