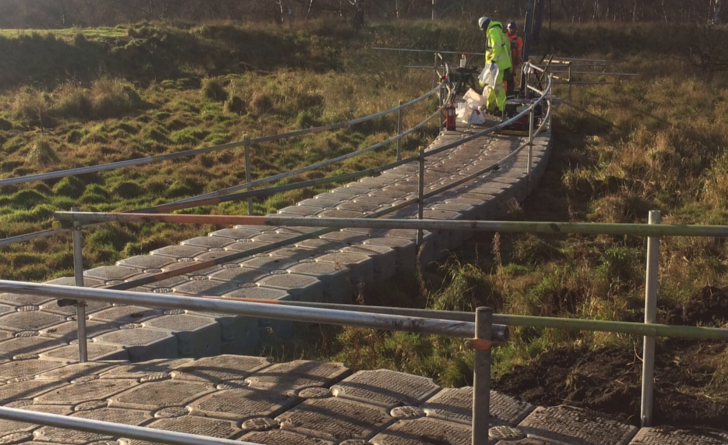 Back in June, we were approached by ESG (Environmental Scientifics Group) as to whether our pontoons may be a solution for a job they soon had due for commencement. The job in question involved ESG taking core samples of land at Minworth Sewerage Treatment Plant, all fairly easy so far.

The uniqueness of the job however was that the area they were due to sample was a land fill sludge bed, which is up to 30 meters deep and had not been used since the 1950’s. As a result the majority of the land was grown over with vegetation and to the naked eye looked like solid ground, little would you have been aware that you were actually stood on 30 meter deep ‘marshland’ which could potentially give way under foot at any time.

The idea of using the pontoons being that if as expected the ground was fairly firm that they would simply sit on the surface of the vegetation and provide a safe working platform from which to build the drilling rig. If however the land was less firm than hoped then the pontoons would simply float on the water and bridge the gaps between the vegetation, allowing drilling to take place safely.

Delays of one kind and another meant that the job eventually got the go ahead for the first week of December, not the sunnier warmer days of July as initially planned. This of course brings about its own issues, but utilising Land Rover 110’s and trailers we were able to move the pontoon a considerable distance off road to the site location. By building the pontoons on the edge of the marsh land and then using a tracked digger to launch the pontoons we were able to supply 3 x 30 meter walkways with 4×4 meter working platforms on the end to allow the drilling to take place. 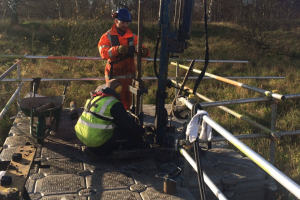 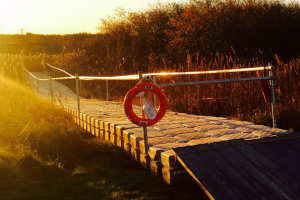 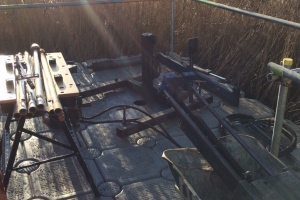 Its certainly not the mooring up of boats that the pontoons were originally designed for but its certainly another string to their ever increasing bow. Visit our website www.floatingpontoonhire.co.uk to see what else our pontoons can and have been used for previously.

If you have a job which could benefit from utilising our pontoons then don’t hesitate to get in touch, one of the team will be happy to help out.