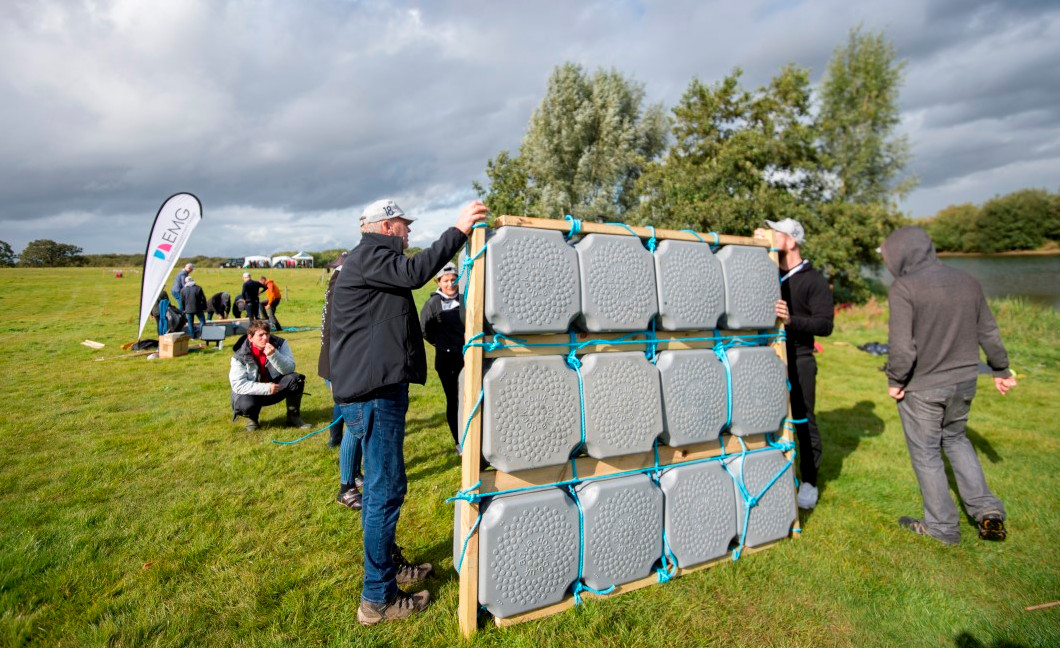 We regularly comment on how our pontoons have a wide array of uses and to be honest at times, we’re left somewhat surprised by the uses we’ve come up with! A few examples of that include,

Well we’ve got a new one! Our sister company EMG – Event Management Group were recently challenged with putting on a raft building event for 300 people at Whittlebury Hall near Towcester. During the discussions of how much equipment this would require and how many water barrels they would need to source to make such an event a reality it occurred to us we had a ready made solution right at our finger tips.

Each of the 18 teams were provided with 6 double modules of pontoon, 6 lengths of timber and several lengths of rope. Each team then had to build a raft capable of floating their team (preferably without falling apart).

Its fair to say some were more successful than others and for the time being at least we’ll  stick with our own install teams but its another one on the list for pontoon uses.

Bridge Replacement in a hurry! →
← Renovating a Paddle Steamer