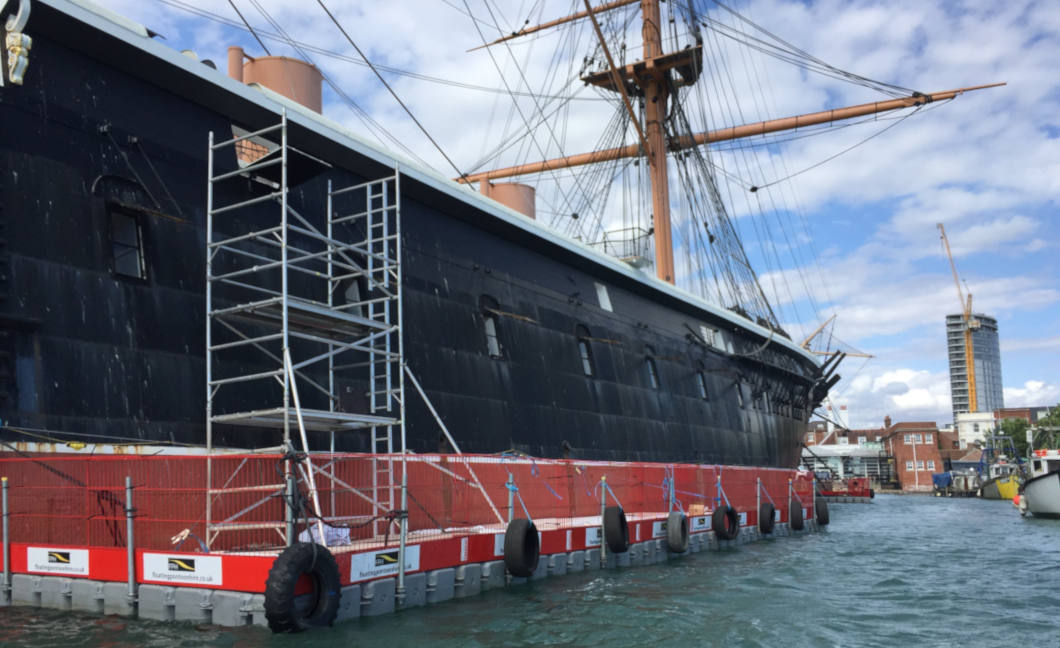 Earlier this year we were involved in a very exciting project providing pontoons to help restore HMS Victory back to her former glories with a bit of maintenance and  a new paint job!

When she was launched in 1860 HMS Warrior was Britain’s first iron hulled, armoured battleship. Powered by steam and sail she was the largest, fastest and most powerful warship of her day and had a lasting influence on naval architecture and design.

It’s fair to say her seafaring days are now behind her, but with such a rich history it’s easy to see why she has pride of place at the entrance to Portsmouth’s Historic Dockyard as part of the National Historic Fleet alongside Nelson’s Flagship Victory and The Mary Rose.

Having now been housed in Portsmouth for 31 years, Warrior requires constant maintenance to ensure she’s as eye catching now as she ever was and we recently had the pleasure of providing pontoons to allow her hull to be repainted.

We provided a 30 x 5 metre modular pontoon allowing painters access from pontoon deck level all the way up to the gunwale, using aluminium scaffold towers. Ensuring all areas were accessible and given a new lease of life to make sure she looks her best for the hundreds of thousands of people who visit the dockyard each year. 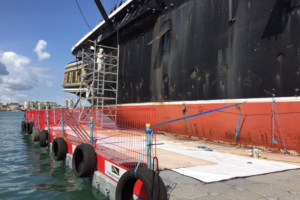 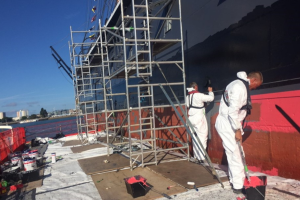 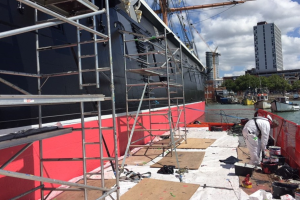