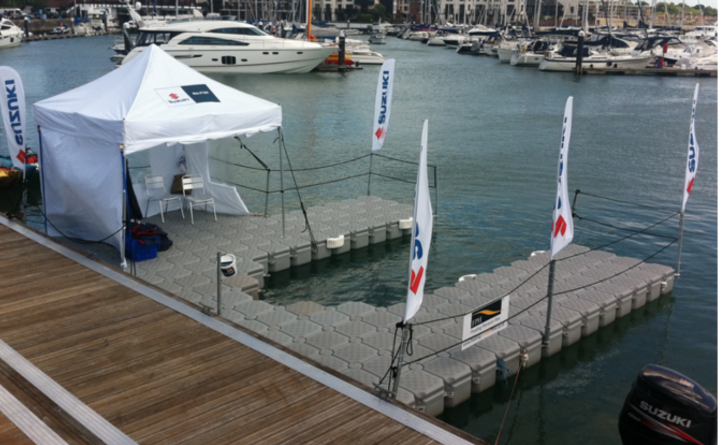 Its almost that time of year again when Southampton Boat Show rolls into town, this year it will be taking place from the 12th – 21st September and we’ll be there supplying pontoon for Suzuki and Solent Rib Charter as part of Suzuki’s Rib Experience.

This is your chance for you, your family and your friends to get out on the water and have some fun, all you have to do is head over to the Suzuki stand in Mayflower Park (E056) and one of the team will be happy to advise on the next available ride.

Other notable attractions at this years show include the opportunity to be a record breaker as part of Bart’s Bash.

Bart’s Bash is a Guinness World Record attempt in memory of Andrew ‘Bart’ Simpson who tragically died in a training accident in San Francisco bay while preparing for the America’s Cup competition. Bart’s Bash is attempting to hold and set a record for “The Largest Sailing Race in 24 Hours (Across Multiple Venues)”

Also in attendance at this years show will be:

Along with the usual mix of boats, exhibitors and other attractions it looks set to be a great ten days, fingers crossed for some fine weather

In Our Hometown →
← Rock Solid